Even though it's Monday so first work day after the weekend for lots of people, it is a beautiful crisp day with sparkling sunshine so hopefully it's still a lovely day for you all.

I have sorely neglected my blog (even more than usual) for several months now and I like to at least post pics on here so that I have a record for myself of things I created.  This morning I've searched my photos to find the things I missed and I'm just going to post a couple of photos of a few today.  Hopefully I'll catch up over the next week or so.

My first share is a card I made at a quick class I and my friend Hazel (you need to check out her wonderful inspiration filled blog) did with Sheena Douglas at the Crafters Companion store not far from us both at Dobbies Garden Centre and retail park, Barlborough.  Lots of other lovely shops there too and a couple of places to eat so it's a really nice place for Hazel and I to meet up for lunch or coffee and cake, a good chat and a little retail therapy thrown in too.  This particular meet up we decided to do this quick class with Sheena, who happened to be visiting the CC store, which was great fun.  My only complaint......they had sold out of the beautiful stamp we used 😞! 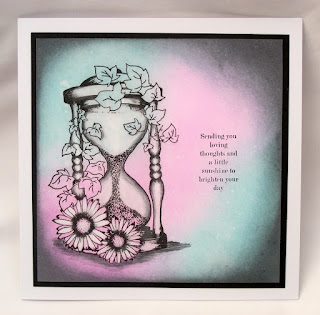 We used Oxide Inks with a little glycerine which made them even easier to blend.  It was perfect timing making this card as I wanted to send one to a friend who was in hospital at the time and I know she's a Sheena fan. 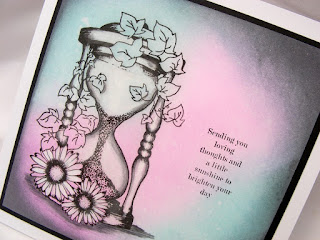 This next birthday card was created when I was first experimenting with my then new Oxide Inks and making backgrounds.  I actually pinched the idea from another crafting friend, Helen, who made me a beautiful birthday card using a similar technique. 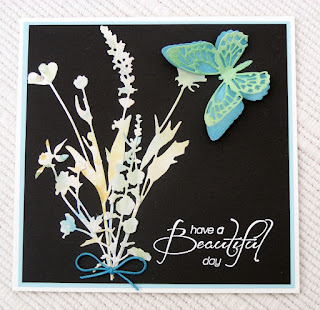 I created quite a subtle background piece using Oxide Inkpads and then used the Tim Holtz wildflowers dies to create the little bouquet.  The butterfly (an envelope full) was sent to me by a crafting friend Lin, (this fab hobby has brought me some lovely mates) and I coloured it to coordinate. 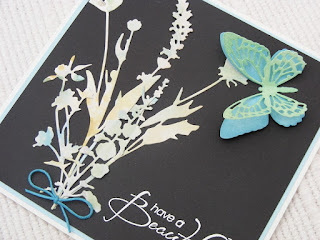 My last card for today was another birthday card. 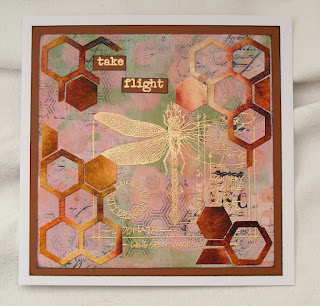 I'd had a fab Gelli plate day a little while ago playing with various acrylic inks and stencils and I used one of the backgrounds to create this card.  I used various stamps to create even more interest then stamped the Tim Holtz dragonfly image using Versamark Ink and heat embossed with Ranger Queen's Gold powder.  I then dug out a piece of card previously created with powders which I think were a mixture of Infusions and Brusho, die cut it and arranged them on top. 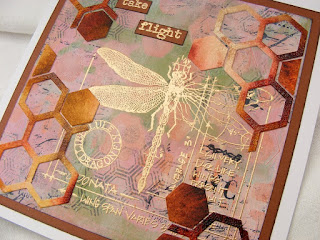 Well that's my project reminders for today.  Hope to be back with a few more later in the week.  Thanks for dropping by.

What a lovely Monday morning blog Lesley. Great to see a collection of your beautiful art and reading the links to people along the way. All fabulous, but do love the bunch of flowers! Xx 😊

fabulous catch up on some great projects Lesley!

Three stunning cards Lesley, I especially love the top and bottom ones. I look forward to seeing what else you have to show us.

Another fabulous array of cards - all in such different styles this time. I love those flower silhouettes against the dramatic black background, and such lovely ink blending in the first (glycerine and Oxides... hmmm... well, it'll just have to wait til I'm home). The last one is simply fantastic - I love the rusty glow of the die-cuts against the softer pastels of the background, and that dragonfly always makes me happy.
Alison x